Skip to content
HomeBusinessAmit Raizada on Failure and Success

The unprecedented emergence of the pandemic has shattered the hopes of many including the dreams of a stable national economy. Many people were withdrawn from their jobs leaving them desperate for mere existence and bare essentials to maintain survival. The stock values of companies plummeted like never before and have still not seen a brighter day when it comes to any form of revival. Decades of progress in the financial world went into the drain as every progress in the economy hit the rock bottom to all our dismay. Government owning up to the catastrophe helped a little bit and the packages do give us some solace to pick ourselves up from the shackles. However, the suffering of startup companies and small-scale industries continues to decline in the current scenario as the situation now indicates its eventuality. 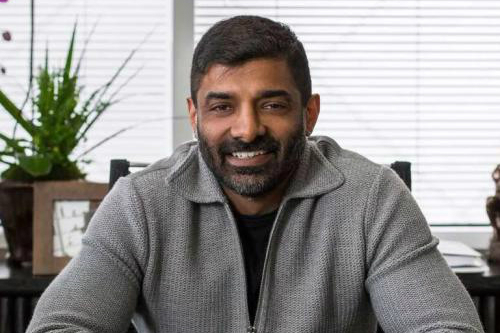 The international supply chain was disrupted which also invariably caused a stir in consumers’ behavior and needs. Everything changed for the worse and the reversal of the scenario looks far-fetched even today. If the situation needs any change, then it has to go through the grind of analysis on the pandemic which induces a change in the mindset of the people. Some famous minds and thoughts of capitalists were perused to devise a solution for the crisis that has finally brought out some enlightenment. Amit Raizada, the CEO of Spectrum business ventures had some facts to share on means to succeed with small businesses while also influencing people in different ways through his peroration. Excerpts from his interview follow.

His thoughts about pandemic and advice to entrepreneurs:

Raizada claims to have expected this downturn during the pandemic and the most affected of the lot would be the entrepreneurs has also been his prediction. The small startups and newly minted firms which have established certain progress would shatter down to the pressure of the pandemic and there needs to be a certain kind of mitigation to keep them alive. This possibility has grilled his mind ever since the advent of Covid-19. He goes to express his deep regret for the entrepreneurs who have worked hard to build a prospect, had to suffer a drain so badly in the wake of the pandemic. The ways to resolve this recess need some courage and verve to restore their potential to fight the setback.

He stresses the fact that entrepreneurs should not give up hope as failures only act as stepping stones for further success in the eye of investors. They help a great deal for the businesspersons to pick themselves up from the ashes to reach success. He also firmly believes that every businessman in the world would have seen failures in his lifetime to have it combated and finally succeeded. Any kind of failure according to him is invariably associated with some innovation to atone the recess. It will soon be mended and flourished if the mind of the businessman is in the right place where he harbors hope to fight his battles.

Raizada also retails that there are always two ways to look at a failure. The constructive and the destructive way of dealing with it are at their disposal. Accepting the defeat and trying to build from its cinders is all that is needed from business persons who have failed. There are times they would upbraid the partners or take it out on the employers for the setback, which is of no help according to Raizada as it only fuels the issue and does not resolve in any proportions.

His tips on converting failure to success seem to have gained some buzz with all his pointers reflecting a stroke of genius. Going further to look into his ideas on recovering from failure will help a great deal not only for the failed businessmen but also for the general masses.

Own it first, then learn from it:

Failures are considered to be the bad omen which is usually abandoned even at the inception of analysis over it. People tend to evade any kind of scrutiny over failures in order to wade off any bad reminiscences. Any kind of analysis or probe into the details of failure is blocked out and averted even before it gives rise to something substantial. However, Raizada feels a successful businessman would actually look into failure to bud opportunities and utilize the same to reach success in all his endeavors.

According to him, failing in business is devastating, but the more you stay away from the introspection of the causes, the far you depart from recovering from it. Failure is one phenomenon that teaches, even though hard, but more firmly than anything else. When you have incurred it, you will know what you did right and where you slipped to make any kind of reparations. This is something Raizada believes diligently as he thinks is the right way to go about failures.

Owning to failures would also keep your contacts and relationship intact for it will not strain your acquaintances even to a bit. The acceptance would come as a blessing to smoothen any cracking rifts as united minds have the power to mend the chaos instantly. He emphasizes the above factor for the well-being of any business and the survival of the same from any kind of potential turbulence.

He also goes on to state that failing once does not confine you to that fate and there is always a possibility to have a brighter tomorrow if we set our mind on it promptly. The partners of the failed business might even come to the rescue as they have a working relationship with us that still gives them some comfort. Dispelling a business relationship, according to Raizada, is unnecessary and is completely uncalled for given the range of future opportunities that might knock on your door prospectively.

Should the failures be hidden?

Raizada has an interesting take on whether your failures should be concealed from potential investors. The answer he musters for this is that it is essential for the businessmen to share it with investors for their well-being. Aside from the fact that honesty helps a great deal in any matter, it also nurtures a healthy relationship with your investors exceptionally.

He says, it is obvious that investors judge you based on your track record and would stay away from a failed businessman, the best partners would actually consider them for their open-mindedness. Any misgivings of the past would not be repeated by the same person as the blunder would have imparted a lesson so strongly to make him sidestep on those eventual trappings any further. Every businessman goes through a patch of failures once in his career and if he has equipped himself from that setback, the chances of him falling for the same mistake would be less. The above statement is Raizada’s firm belief who also advocates that any kind of failure should not be hidden from the prospective investors as well. He goes on to ensure that this will further attract the investors rather than repulsing them and would only serve to buttress the relationship to healthy levels.

Raizada is a man of his word when it comes to his own experiences. He is a successful venture capitalist and is looking to subserve the goals of other business persons to touch success. He is a great influencer when it comes to ways to promote any business as his words ring true to every capitalist at stake. Following his oration would help a great deal not just businessmen but also any layman to overcome failures.