There has always been a change in the pattern and popularity of programming languages used across the IT industry. For instance, there was a time when HTML/CSS and JavaScript were making headlines across the industry. But one programming language is slowly replacing the popularity and leveraging those languages ever since 2019. It’s none other than Python. The popularity of Python has been increasing steadily, and it has gained an inevitable space among the list of most preferred programming languages for emerging technologies such as AI and Machine Learning projects. This article will you more details about the five major benefits of using Python for AI development. 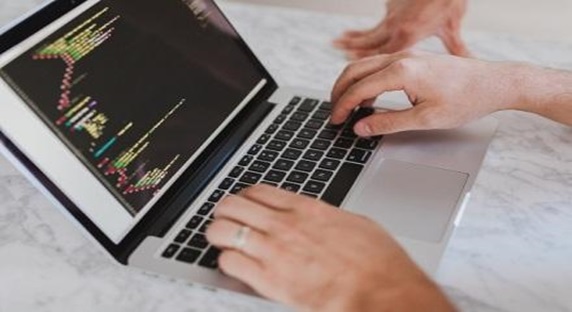 Python offers many benefits, including the flexibility it provides the developer for running a program directly as it does not require compilation with the machine language instruction.

1. Presence of a big library

Python provides developers with a whole lot of libraries to choose from when it comes to AI development. These libraries are of utmost use as they help developers easily access, manage, and transform data.

Given below are some of the most popular Python libraries used for artificial intelligence.

Python is preferred among developers because of its readable code, scalability, flexibility, and compact characteristics. It also provides utmost usability for beginner developers in AI as well as deep learning. Since AI in itself is a complex process comprised of sophisticated calculations and multi-stage work processes, the developers need to focus more on generating solutions for the issues and achieving the organization’s objectives instead of worrying more about the complexities of coding. Moreover, one can easily read Python like the English language, making it comparatively easier for developers to perform the coding.

Python is known for its flexibility as it provides developers with a choice of selecting either scripting or object-oriented programming. Python avoids the need for recompiling the source code and offers utmost flexibility for developers to make any changes and track the outcomes. With flexibility, Python provides developers with the option to choose their preferred type of programming styles which offers them the convenience to work on the issues in their style of functioning. The availability of utmost flexibility eliminates the possibility of any errors or blunders during the developmental stages.

Some of the programming styles on offer by Python include,

Developers can easily get a reference from the best-in-class documentation available for Python. Thanks to the huge community support for this popular open-source programming language. Python has a large community of developers who can assist beginners with any guidance they require during each development stage. Such a large community of Python developers can prove to be of utmost help while using the programming language for AI development. One can easily access Python documentation online, similar to the information one gets by navigating online forums and communities for Python developers. You can go through similar issues, and mistakes Python developers make during AI development and get guidance right away.

Similarly, if developers want the presentation of data in a visually appealing manner and an easily understandable format, then Python offers some amazing visualization tools. Matplotlib is one such library for data scientists where it provides developers with the option of making charts and graphs for representing data in a visually appealing manner. Other examples include Seaborn, Pygal, Gleam, Missingo, Leather, etc.

Python for AI and Machine Learning can work efficiently in multiple platforms such as Windows, UNIX, Linux, macOS, etc. However, developers use platforms such as PyInstaller for preparing code that helps the program run on multiple platforms. In addition, there are numerous ways in which a developer can use Python on Mac, including various types of Python editors that Mac supports. All these characteristics make Python a platform-independent language for the developers to use for AI development.

The demand for AI technology has grown by manifolds and will continue to grow in the years to come. However, Python remains the backbone for AI development because of the above-mentioned advantages it provides for developers. Furthermore, with a varied selection of AI libraries and systems available for Python, it plays an important role in streamlining the development process by limiting the amount required for successful completion of development.