Smartphones have now become an important part of our life. Just like other elements mobile phones are not just a device anymore, it’s a life. To protect it from any harm, users try everything to keep it safe in every manner. Securing sensitive information is the most important thing to do which every user desire for it, every mobile security apps doesn’t fulfill all the requirements related to protection. Each year software companies introduce security apps, but somehow one of the element got missing from it which made users to switch to another app. There is an app, the best mobile security app which covers all the basic and advanced requirements of the 21st generation up to date smartphone users. The product is known as “Avast Mobile Security”.  The way it says: “Secure your mobile device with the world’s most trusted free antivirus app”. Yes, its true, free antivirus app, that’s been used all across the globe, Avast antivirus also known for protecting desktop computers and laptops in high maximum security policies. 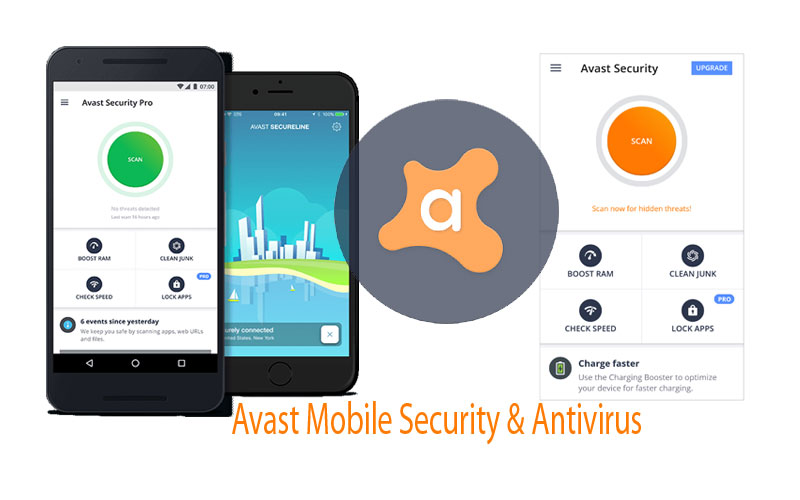 Avast is originally Czech multinational cybersecurity software company, headquarter located at Prague. One of the finest anti-malware application owns the largest market share, along with having more than 435 million users. Its been a decade, Avast has been developing business and consumer IT security products for servers mobile phones and computers.

Avast Mobile Security offers users a wide variety of features, so lets’ discuss those which really got our attention.

To begin with, this app will scan all the apps that are present on your phone, making sure none of them contain any viruses and if they do will remove them immediately. This way, your phone’s performance will not be affected by any viruses.

Read Also >>  How to Educate Your Clients about Website Security Basics

As we ‘re talking about phone performance, let’s talk about what this device does for your phone. Well, it has options which when chosen, will close down your background apps, allowing you to conserve battery power. Additionally, it also shows the user all the junk files on their phone, allowing them to remove them. Along with this, once the app is on gamer mode, it will make sure it doesn’t disturb you by showing unwanted notifications.

Now let’s talk about the Anti-Theft feature. This feature is provided by many other antiviruses and basically contains the option to close down your phone through your Avast Account( the account which you can access from anywhere), take a picture of the thief and also of the surroundings. Also, once the SIM card is changed, the app will automatically register the phone as stolen.

Additionally, this app is one of the best when it comes to providing the privacy that you need. To achieve this, the basically has a feature which is called App Lock. The name is self-explanatory and you can lock your apps in such a way that only a certain password or PIN can access that app, thus protecting your files completely.

The gallery of our phones are always extremely private but people tend to think its okay to invade that privacy. Well, with Avast Mobile Security, you can take steps which will make sure that only you can view your photos. This feature is called Photo Vault.

For further protection against malicious entities, there are other features such as Wifi security along with alerting the user if any of the text messages they have received contains something of harm. intern

Other features of the app which make it a favorite are the Power Save option and the Call Blocker. Through Power Save, the app will make sure that your phone doesn’t spend an unnecessary amount of energy on apps which aren’t even being used. The Call Blocker allows you to block various numbers, depending on your need and so this could be hidden, unknown or specific contact numbers in your list. Either way, you can be saved from answering an unwanted phone call.

Further features include the ability of the app to tell you the speed of the Wifi you’re using, the permissions which each app has been given and which apps have been given internet access, all valuable features in antivirus software.

One of the most interesting features of Avast is their VPN feature. Now, what is this?

Basically, when you’re browsing on the internet, the server will probably know that it’s you. While that is still okay, sometimes hackers can intercept data this way. Thus, when you log in with your private passwords or share other sensitive data, hackers have the technology needed to steal this data, thus causing you immense harm.

To prevent this from happening, Avast came up with this feature where you log in to your account and can then be totally protected from all hackers through their secure channel. Furthermore, you can even remain anonymous while you use the internet, allowing you even greater privacy.

What you should know about Avast is that, though there is a free app available, you can upgrade to Pro after paying a certain amount, which naturally contains more features compared to the free version.

Avast mobile security app is not just an app like others, it’s a whole new house of protection. Many of the organizations take all the privileges from it because it knows how to take care of their customers. Even students also prefer to use Avast mobile security, because it doesn’t matter if your smartphone is not that high end, but the app will work perfectly fine on it and even make the device to perform much better rather than other apps.