The company Apple Computers Inc, first came about in the mid 70’s, specifically in 1976 Steve Jobs and Steve Wozniak brought this company to life to create some of the more innovative options of computers at the time, the history behind this can be found here. Sales for these computers were so good that after a few years, Apple phones were invented.

the evolution of the Apple phone, or what’s now known as the iPhone, began in 2007 when the first one was as small as a Blackberry and was only a 4GB model. it then progressed into the iPhone 3G, 3GS, 4, and more up until today in the 22nd century there is a 13Pro version. suffice to say, that there are plenty to choose from on the market, and millions of people who own them.

however as with every type of technology in history, there comes an unfortunate price to pay, and that is the expiry date or upgraded versions of them, which are attractive enough for many technophiles to keep buying and throwing away their old ones either because of better operating systems, camera quality or speed.

Some people buy it just to follow the trend. Whatever the reason for owning any piece of technology, the waste that goes with it is insurmountable.

As newer technology is invented and sold on the market, the more waste that comes with it, and many companies and organizations are trying their best to curb this problem. mainly because of the effects it has when technology is thrown into the bin, without giving it a second thought.

Read Also >>  Know All About MSF: Best Flight Simulator Ever

In this article we look at these effects as well as one of the best solutions to avoid being part of the problem.

The Negative Effects of Throwing Technology into the Bin

smartphones such as the Apple phones mentioned above, are only a small part of the vast array of tech varieties. These, are known as e-waste goods and don’t belong in your typical garbage disposal, but rather there are special places for these when they seize to operate and are unwanted by the owner.

There is no doubt technology has made many lives better and easier, but knowing the consequences of throwing your e-waste into the garbage, may help you to understand why you shouldn’t to begin with.

IPhones or any other types of smartphones or electrical equipment are made using certain metals of a high value. But when you throw it into the bin, the chances of finding them so that companies can recycle or dispose of them correctly are vastly minimized.

As a result, these high-value metals are lost and cannot be properly recycled or reused to create other valuable items that people can use. It’s basically wasted in the realm of garbage, when it could have been put to good use.

These items also end up in landfills, and landfills are bad for the environment: https://www.unisanuk.com/what-is-a-landfill-why-are-landfills-bad-for-the-environment/

According to statistics from many sources, e-waste is amongst the highest in these places and it can be a health hazard to those living around these areas, including their animals and their children.

when these electronic items are recycled, they can largely reduce the levels of certain greenhouse gases which are responsible for climate change, and they also contribute to air pollution, and respiratory diseases. in recent years greenhouse gases have been responsible for causing wildfires in many countries, killing vegetation, animals and anything that gets in its way.

this is also a major issue in the 20th century. people are becoming more and more tech savvy and when you throw away your phone or laptop without erasing any data or formatting it, it is susceptible to identity theft. People often forget to clear out their stored data before they sell or dispose of their belongings. 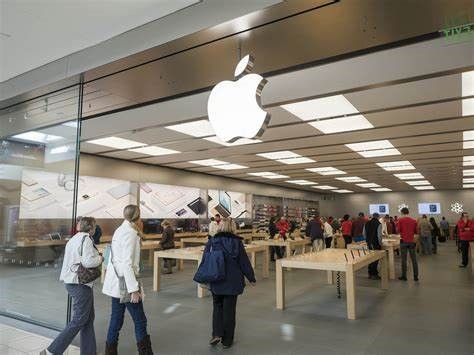 What Is the Best Solution?

One of the best solutions that we have hand picked is to trade in your item. 5 benefits of this include:

incase you did not know about trade-ins, now you do and you can consider doing this the next time you decide to upgrade to a newer model or dispose of your existing phone or electronic equipment.