Android smartphones have a default music player for audio playback. So why do you need to look for an alternative music player? Since the player cannot be multifunctional by default, it may not provide you with a satisfactory equalizer, or its user interface may be inconvenient. For example, most devices currently ship with Google Play Music as the default music player. It is simple and does the job, but the library lacks features such as folder browsing, the ability to edit tags for files, and many other necessary tools. 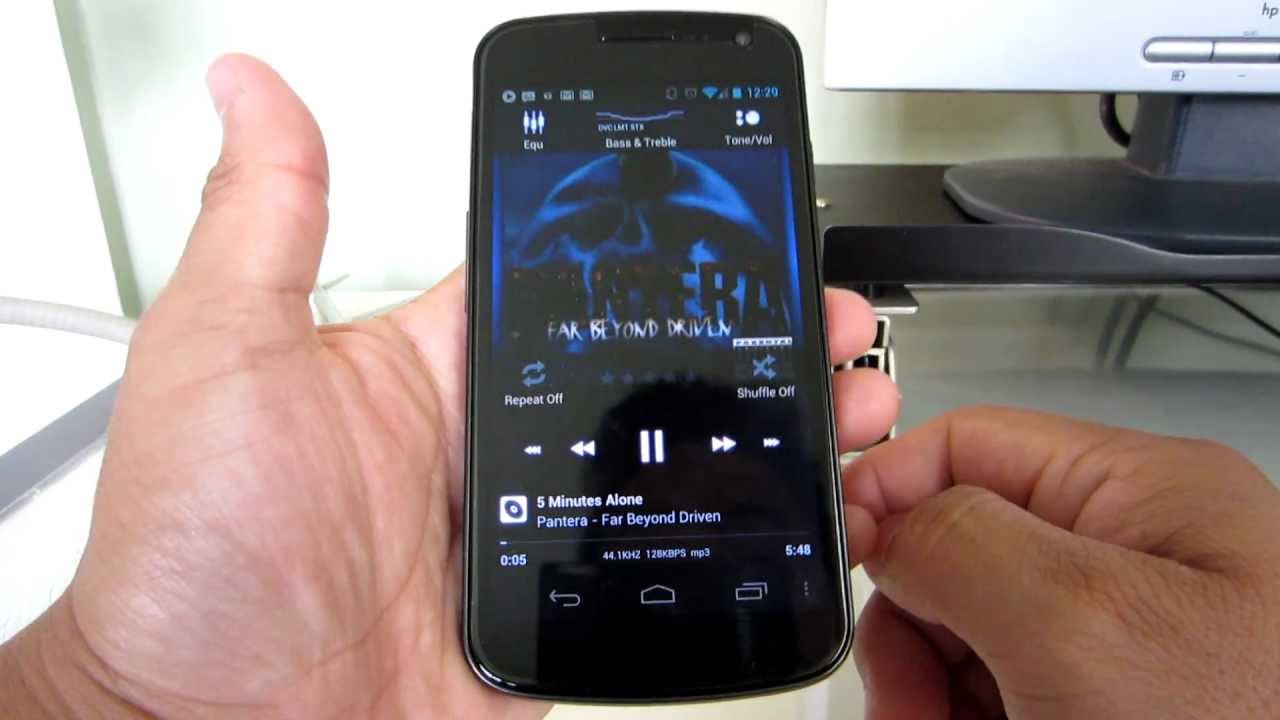 Regardless of whether you are a music or casual listener, this list of the best music “best music player for Android 2019” will surely improve your perception.

Here is a list of my best choice music player for android to use in 2019:

Being completely free and easy, Pulsar is one of the most preferred free apps for Android players among many users. It is free and simple, but beautifully designed with a great user interface and animation. You can customize the entire interface with different themes and colors. Browse the library Pulsar can be sorted by album, artist, genre or folders.

In addition, the application offers all other features, such as Chromecast support (Google’s digital media player for streaming video or audio content using Wi-Fi from the Internet or from a local network) 5-band equalizer (available in pro version),  last.fm scrobbling and more. Although Pulsar is tiny, it is one of the best music players on Android that you can check out.

The phonograph is one of the best Android music players. This is a visually appealing application with a convenient user interface. The user interface changes dynamically to match the color according to the content on the screen. Its theme engine allows you to customize the player on your own. Not only does this player look good, but also has rich features.

Read Also >>  Book Review : The Subtle Art of Not Giving a Fuck 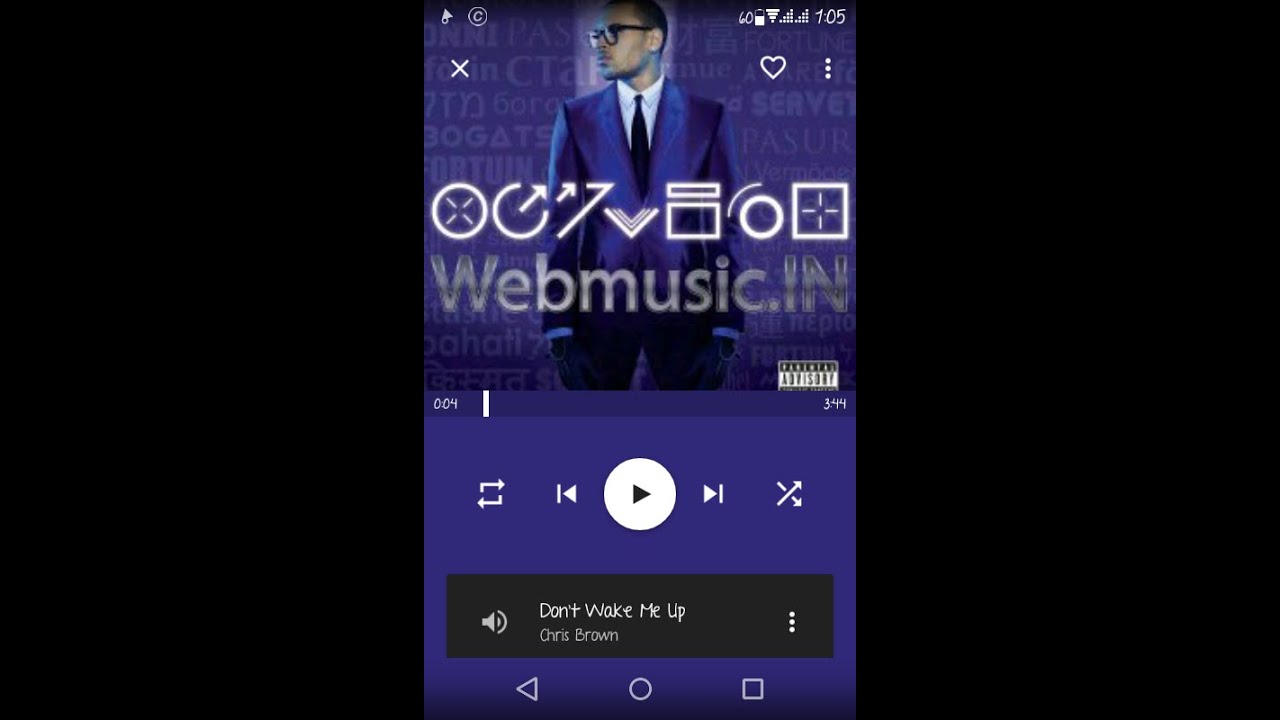 The library is classified as songs, albums, performers, and playlists. Also available to browse through folders.

Phonograph also has other features such as screen lock, gapless playback, and sleep timer. The app offers in-app purchases. You can download Phonograph alternative music app called power amp from Apkwebs.com for free.

Musicolet is a free, lightweight music player with many unsurpassed features. It allows you to control the music player using the button on your headset; one click to pause/play, double-click to play the next track, and triple-click will take you to the previous song. In addition, you can quickly send a song with 4 or more repeated clicks. He claims to be the only Android music player that supports multiple game queues. Musicolet has an intuitive graphical user interface with easily accessible tabs for folders, albums, artists, and playlists.

In addition, it has an equalizer, text support, tag editor, sleep timer, widgets and more. This is one of the best Android music players in terms of functionality.

Designed and created beautifully, Pi Music Player is loaded with all the necessary functions that the user may prefer. At launch, you will be prompted to select a theme (among its four other varieties), which you can later change if you want. It has an excellent interface that makes everything easy to use. You can play music from any of its various kinds of libraries (tracks, albums, artists, genres, playlists, folders).

Read Also >>  The Morbid yet Inspiring Jobs at Funeral Industries

In addition, it comes with a Sleep Timer, widget support, Ringtone Cutter and more. Its 5-band built-in equalizer allows you to enjoy any music with Bass Boost, 3D Reverb Effects, Virtualizer and ten amazing presets.

The Pi Power Share feature allows you to share any songs, albums, genres and several playlists with anyone in the world. The Pi Music Player app is available for free in the Play Store, but it displays ads. You can make additional purchases for free use of advertising.

BlackPlayer is undoubtedly one of the best Android music players, which is equipped with many features. It is designed with a customizable user interface that can be completely controlled with checks and gestures. You can change the font and color of the user interface precisely using custom values.

In addition, the BlackPlayer application is free and free in the Play Store. You can also purchase a paid version available with many more features.

The n7player Music Player for Android has an innovative surface search and stylish user interface where you can simply zoom in and out of any music file you desire. Thanks to the graphical improvements in the media library, you can search for any song in different representations.

The n7 Music Player app comes with an enhanced 10-band equalizer, where you can customize music to your taste. It also includes other exciting features such as gapless playback, bass, and sound booster effects, a tag editor, themes, sleep timer, widgets and more.

Although the free version is only a trial version for 14 days, you can buy the full version from the Google Play Store with the minimum amount to enjoy all its functions. It will cost.

MediaMonkey for Android is a loaded Android player. His library can be viewed in accordance with albums, audiobooks, podcasts, artists, tracks, genres, and even composers. Access to the folder is available for a trial period of 15 days. His search algorithm quickly and predictably displays both the artist and the tracks. There is a five-band equalizer with stereo balance.

MediaMonkey can download your missing album art and lyrics. It also supports Android Auto. You can sync your Android player with MediaMonkey for Windows. You can also view the track search bar in the notification panel by turning it on in the settings. Additional features include, among other things, a sleep timer, Chromecasting, a tag editor and widgets on the main screen. This is one of the best music players for Android that can satisfy your needs.

If you like to sing along with the songs, Musixmatch for Android is the player for you. Its floating lyrics can allow you to have access to texts that are synchronized in real time. You can view lyrics even when using Spotify, Youtube, Apple Music, SoundCloud, Google Play Music, etc. In addition, it can identify the lyrics of songs playing in your environment. Musixmatch allows you to search for songs by title, artist or just one lyrics. The player itself includes all the necessary functions and allows you to browse media by albums, artists, genres, and folders. The player displays ads, but you can get rid of it by buying a premium version.

We hope that our reviews were interesting to you and you made your choice for yourself, namely, you identified the best music player for android you want to install!