Implemented from 1st July 2017, Goods and Services Tax (GST) has generated a lot of debates and discussions from all quarters of the economy. While some hailed it as the biggest tax reform since independence, others questioned its various provisions.

When interim finance minister Piyush Goyal presented the Interim Budget in the Parliament on 1st February 2019, he didn’t propose any structural changes with respect to GST. This is because GST subsumed all indirect taxes, which formed a major section of previous Budgets. However, there were some vital announcements made by Mr Goyal in his Budget speech regarding GST. Read on to know more about them. 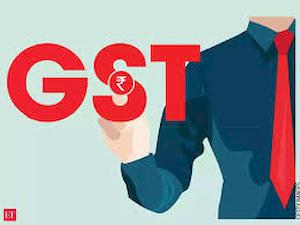 Full flow of GST benefits still to take some time

While presenting the interim Budget, Mr Goyal made it clear that accrual benefits of GST reforms are expected to take some more time. He further added that the stabilisation phase of GST is expected to continue even in 2019-20, with full benefits anticipated to accrue from 2020-21.

This is because 2018-19 was the first full year of GST implementation that saw numerous changes in its provisions. The GST Council held several meetings to make the indirect tax regime more industry-friendly and weed out ambiguity. Experts believe that once this phase is over, the economy will realise the full benefits of GST.

An important announcement made by Mr Goyal in his Budget speech was lowering the target of revenue collection from GST. As per the revised estimates, the Government expects to collect Rs. 6.44 lakh crore in the financial year 2018-19 from the earlier Rs. 7.44 lakh crore. That’s a deficit of a whopping Rs. 1 lakh crore.

Lowering of GST rates for various goods along with technical difficulties for enterprises to enrol for GST and its subsequent filing are the primary reasons attributed to this shortfall.  The reason for this shortfall is attributed to the constant changes in GST provisions along with confusion regarding GST registration and filing. However, it must be noted that the Government expects to GST revenue collection to increase by 18.2% to Rs. 7.61 lakh crore in the FY 2019-20, once things stabilise and more businesses enrol for GST.

Though experts hail the estimated target an ambitious one, a couple of changes in the GST laws are expected to help the Government achieve its target. Through these laws, the Government can provisionally settle the unallocated amount in GST and the compensation cess accounts during any time in a fiscal. The Government anticipates mopping up revenues worth Rs. 15,000 crore from unused compensation cess at the end of the current financial year.

While the Government lowered the revenue collection target from GST in the fiscal, it announced an increase in the average monthly collection from GST in the present financial year from Rs. 89,700 crore to Rs. 97,100 crore. This was primarily because of an improvement in the state revenues following implementation of GST.

With inter-state movement of goods becoming more fast, agile and efficient due to GST, the same has boosted trade and thus improved revenue collection for various states.

With the dust on GST settling slowly, there are a number of challenges ahead for the Government to address to unlock the full potential of GST. The primary challenge is to balance GST rates for various items. While lowering rates can bring cheer for end customers, the same might hurt revenues for the Government.

Read Also >>  Why Are Mutual Funds Subject To Market Risks?