React Native is a JavaScript framework used for writing real, natively rendering mobile applications for both iOS and Android. It is based on React, Facebook’s JavaScript library used for building user interfaces, but instead of targeting the browser, it targets mobile platforms. 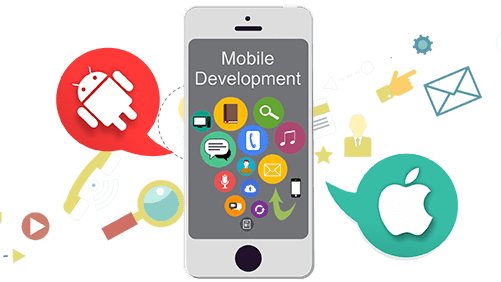 It is very important to have business app and everybody wants it to be develop very quickly. For this they also hire mobile app developers from reputed companies but you need to know the below 7 React Native tools which can boost your speed of Mobile App Development.

Native Base is a free, open-source front-end React Native tool and framework, which is specifically chosen for building cross-platform applications.

With Native Base, the developers can also take advantage of ready-to-use generic components. The biggest bonus for Native Base is that it allows you to use shared UI cross-platform components. It improves the level of productivity.

ESLint is a commonly used React Native tool that makes use of the JavaScript framework and JSX languages. The developers can easily identify the programming and coding errors using this tool and also explore the existing source code.

The ESLint tool runs on the Node.js framework supporting the development of all key operating systems like Mac, Windows, and Linux. It leverages various advantages such as more custom-built plugins, precise documentation, and more.

Reactotron is a desktop-based React Native open-source tool. It also supports cross-platform operating systems. It was developed by Infinite Red and made its inception in 2016.

The main task of this tool is to monitor the progress of React.js and React Native applications. Besides that, the developers can also keep an eye on API requests and responses, check the console.log messages, and dispatch actions.

InVision is regarded as one of the optimum React Native designing tools that allow you to build your customized images and designs, add animation features and gestures, etc. With the help of this exceptional design tool, the designers can transform any static or ordinary-looking image into clickable interactive prototypes.

InVision can simply use the user feedback process so that the developers can directly view the comments and ratings into the designs. Thus, they can see new feedback for all projects in one place to take quick appropriate actions.

React Navigation is one of the preferred React Native tools amongst the developers as it provides them with a facility to connect routers with native apps. Some navigators such as Tab, Stack, and Drawer support in establishing the above connection.

Reduxsauce is a unique type of React Native tool that simplifies the task of developers working on Redux codebases. It assists in building Actions and Reducers in Redux.

One of the major pros of the tool is the simplification of coding. The developers only need to create a few lines of code, which becomes easily legible.

Adobe XD is usually an effective designing tool that is used for creating UI and UX prototype designs. Thus, you can build eye-catching designs for both mobile applications and websites at a much faster speed. Also, it allows you to improve your performance while designing an app.

Repeat Grids and Flexible artboards are some of the added features that reduce the time spent designing. Also, you can easily shift from static layouts to dynamic prototypes with only a single click.

Lastly, we want to highlight a popular React Native beta testing and bug reporting tool for mobile applications. It offers important metadata about the market with complete user support.

However, what distinguishes Instabug is the Shake to send feature, which is an intuitive user gesture. Its role is to activate the bug reports automatically from within the apps.

The Enzyme is a free open-source React Native JavaScript tool, which is popularly used to test applications. The developer can easily manipulate and transverse the React Native components. It also offers a more flexible and intuitive API. Airbnb introduced Enzyme in 2015.

Vasern is a robust and new data storage React Native tool that enhances the storage capacity of the React Native applications. You will currently find the alpha version of this tool supporting the iOS framework.

The biggest advantage of Vasern is that you can create a local database in just 5 minutes. It comprises of a native engine that allows the tool to perform effectively.

React Native is one of the most exceedingly popular mobile app development frameworks offering wide spectrum tools to simplify any mobile and web development. With the above-mentioned list of tools, you can quickly start building native apps in less time.