What is a VPN? How Safe is it for Android?

‘Virtual Private Network’, refers to the chance of creating a secure network connection when using public networks. VPNs mask one’s online identity and encrypt their internet activity. This makes it more challenging for outside parties to monitor a person’s internet activities and steal data when real-time encryption is employed.

An android phone can use a VPN without any issues. This simply means that if a person selects a reliable app. With the help of a good VPN tool, he or she may alter the server that is used to access the internet, effectively hiding the location.

Why one needs a VPN?

If internet privacy is crucial to users, they essentially require a VPN. In the uncertain digital era, a virtual private network is like a cloak of anonymity, offering safety, and a peaceful mind. So why is it important to use a VPN? A reliable VPN, such as AVG Secure Virtual Private Network, encodes an internet connection, safeguards online privacy, and permits the user to view content from home without restriction while they are away from it.

Although everyone has different needs for a VPN, its advantages are not limited to supersleuths or spy organizations. A VPN is useful for gaining unlimited and anonymous access to the internet as well as protecting you from hackers and other harmful crooks.

There are many benefits of using a VPN. Security is the first VPN benefit, followed by improved user experience. Is it safe not to use a VPN, some readers may be asking? Users’ location, their digital habits, their demand for security, and their reliance on unsecured public Wi-Fi connections all play a role in this. The major advantage of using a VPN is that users are always better off having one than not. 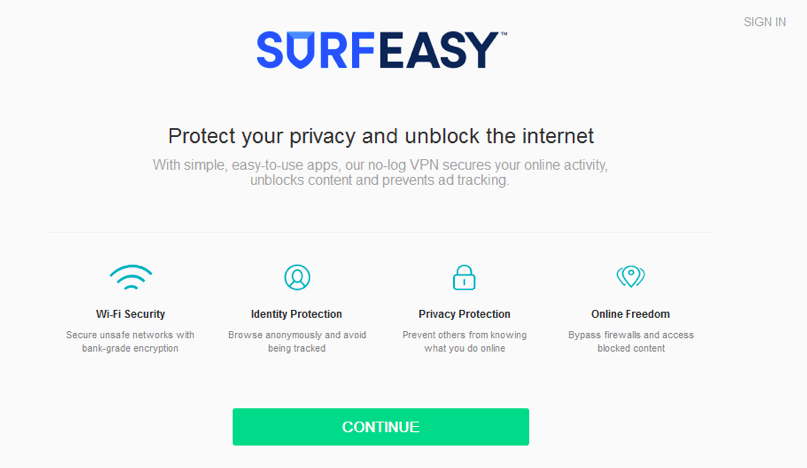 For BBC iPlayer, US Netflix, and HBO Max, SurfEasy is an ideal VPN. Use OpenVPN connections and industry-leading AES-256 encryption. It only offers standard connection speeds, though, and native apps were challenging to use. A kill switch, which is essential for safety, is also lacking. Over 300,000 people have downloaded SurfEasy, a well-known VPN, from Google Play. It is currently owned by Symantec, the parent company of the antivirus program Norton. 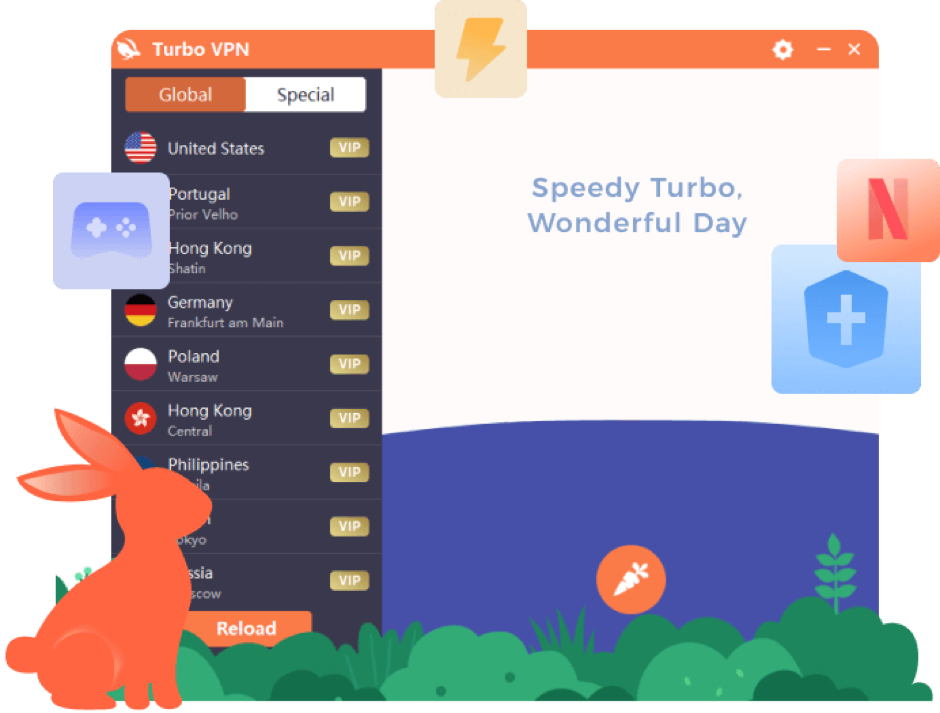 Popular VPN service Turbo VPN is accessible on iOS, Android, Windows, and Mac. The free proxy version of the program has over 100 million installs on Google Play alone, and it’s understandable why given that there are no bandwidth quotas or restrictions and access to seven servers in Europe, North America, and Asia. Users will note that the app has advertisements when they download and install it, which is reasonable considering that money must be exchanged for the service at some point for it to be helpful. 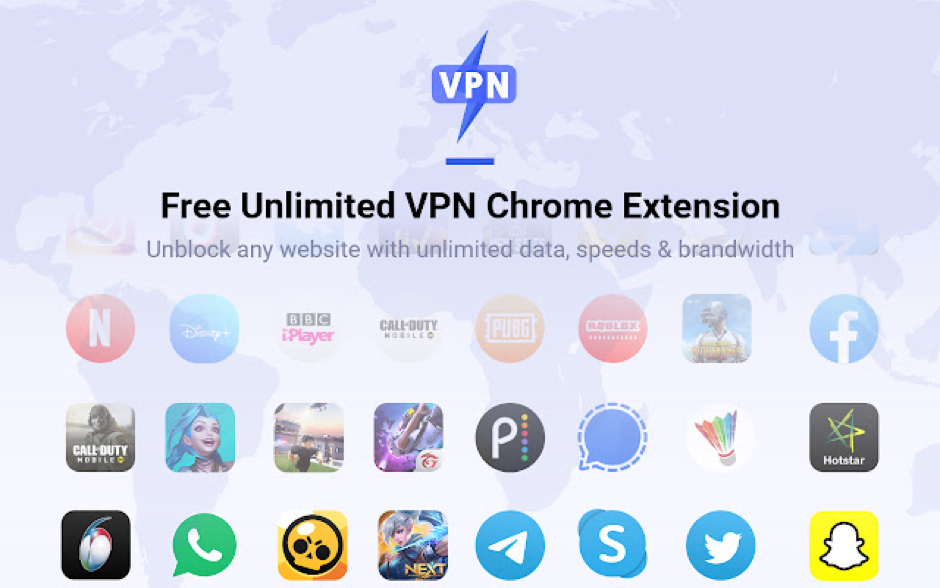 A reputable VPN service with quick server speeds is Unlimited Free VPN, which was created in 2013. Members also have access to specialized P2P and streaming servers. Users must not expect this VPN for beginners to provide the kind of reliable features and functionalities that are only available from the finest VPN services. 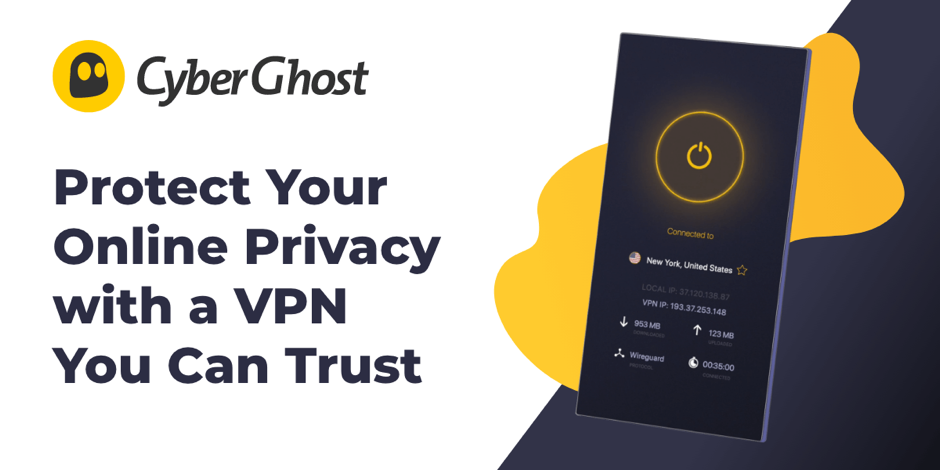 Another excellent VPN for Android users that is similarly fantastic in terms of speed and features is CyberGhost. Unrestricted bandwidth and traffic, 256-bit AES encryption, an anti-fingerprint system, and other features are a few of its strengths. Their server network has also grown dramatically over the past few years and now spans more than 5,900 nodes across more than 90 nations. 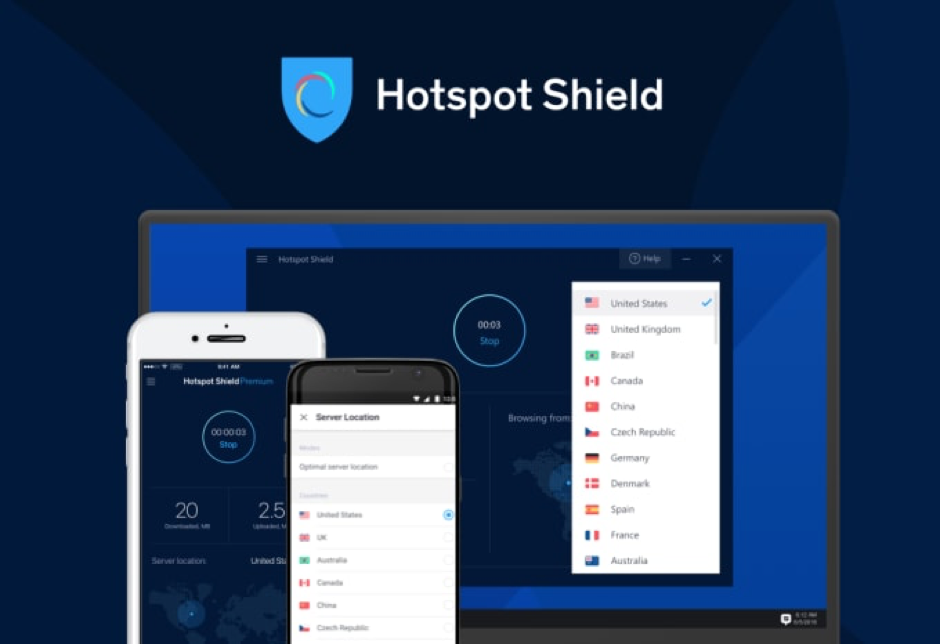 One of the few VPN services with a free subscription option is Hotspot Shield. There are certain restrictions, though. Your Hotspot Shield free basic subscription is limited to US VPN servers, one concurrent connection, and 500 MB of daily bandwidth. This is generous in comparison to TunnelBear’s free version, which limits users to 500MB per month. Editor’s Choice winner ProtonVPN’s free users have limitless access to bandwidth. 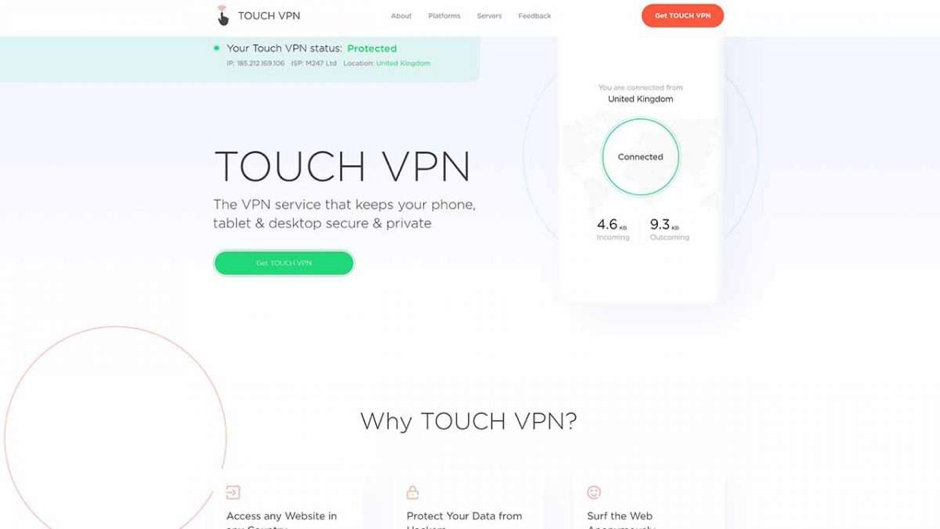 The servers offer 27 locations for free, mostly in Europe and North America but also in Argentina, Australia, Brazil, Hong Kong, Indonesia, Japan, Mexico, and other countries. All of the applications are free to use and don’t require registration. On the mobile versions, the adverts are present, but they are now gone. Additionally, the Android app asserts that it provides “improved connection” and coverage for up to five devices. 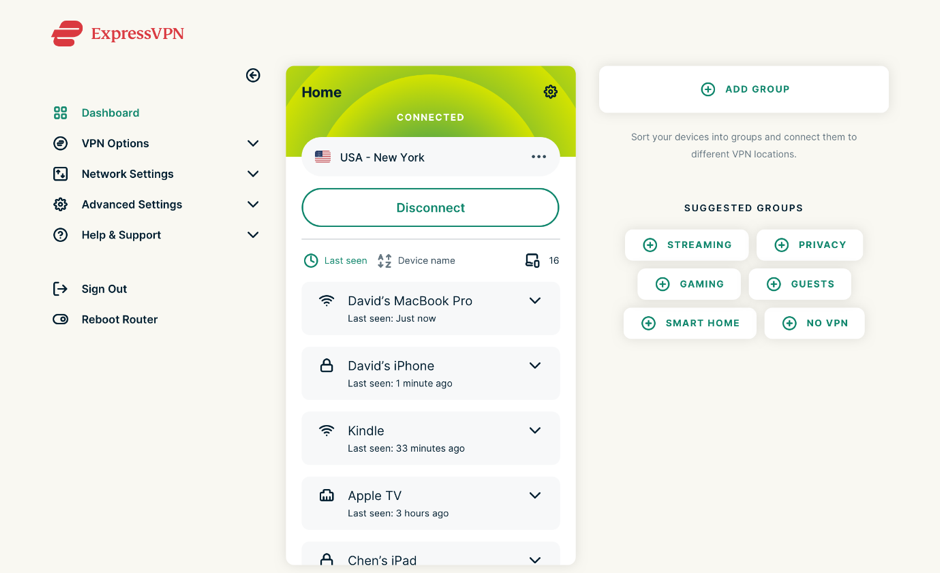 ExpressVPN has a solid track record for speed. The network as a whole consists of over 3,000 servers in 94 countries, making it one of the greatest selections of any VPN provider and assuring optimal connectivity wherever you go. ExpressVPN has excellent privacy features, such as impenetrable 256-bit AES encryption. They strictly enforce a no-logging policy to guarantee that your privacy is always preserved. 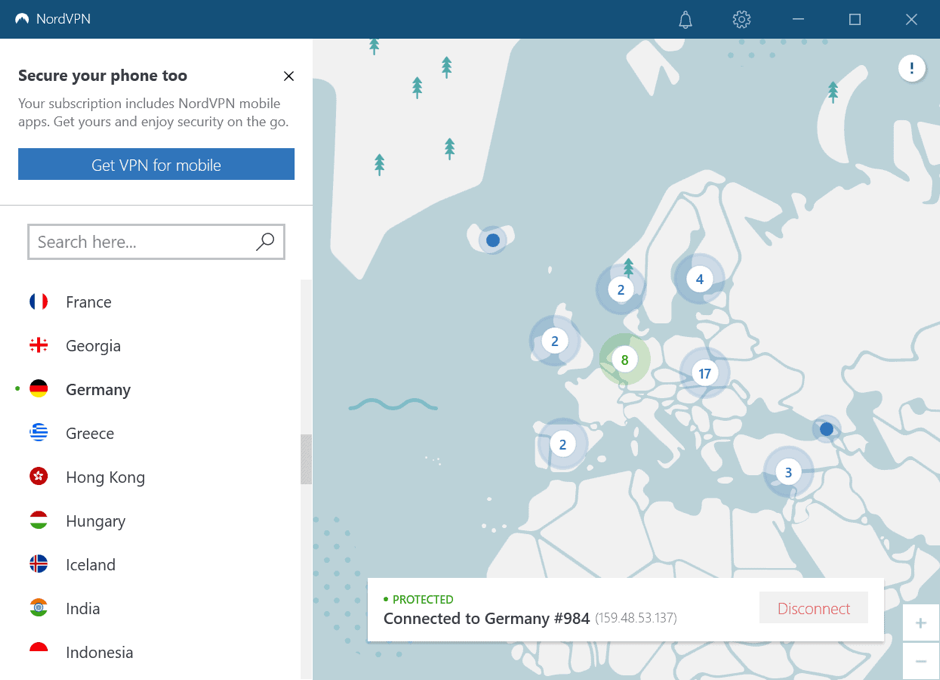 One of the simplest VPNs to set up on all devices is NordVPN. It runs smoothly on many different operating systems, including Windows, Mac, Linux, iOS, Android, and others. It is also among the greatest VPNs ever created. Simply select the nation users to wish to connect with on the map to connect to any of the NordVPN servers. We particularly appreciate that NordVPN includes “CyberSec,” an integrated ad blocker.

Users can get a safer and more open internet thanks to Atlas VPN. It provides the top-of-the-line WireGuard protocol to guarantee a safe and seamless browsing, streaming, and gaming experience. It allows users to use multiple IP addresses simultaneously to access the internet. 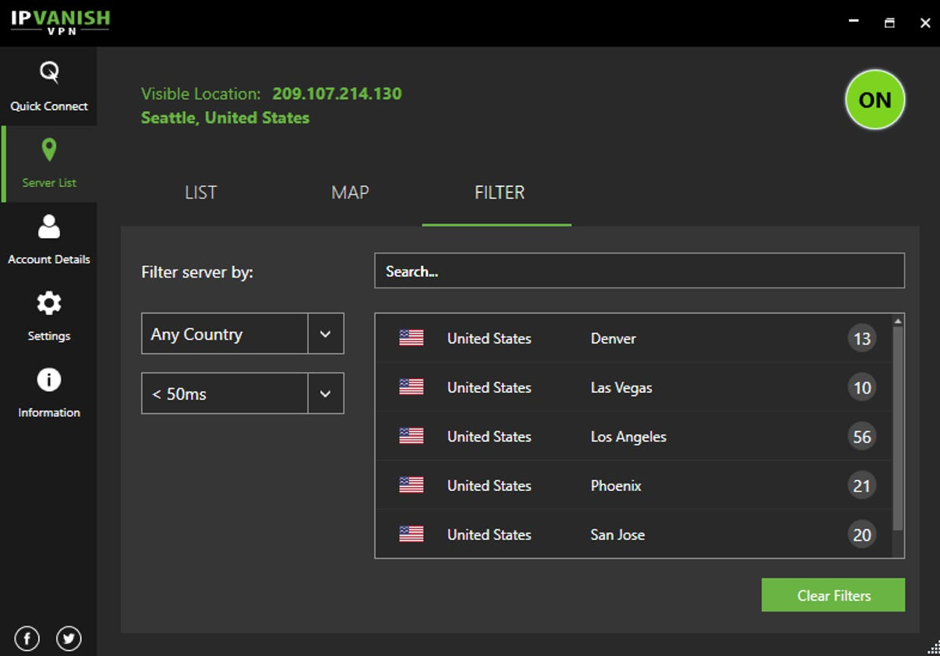 The $10.99 monthly fee for IPVanish VPN is slightly more than the $10.14 average monthly fee of the VPNs we tested. Many services are more expensive than average, yet if they include useful features, they nevertheless represent good value for money. 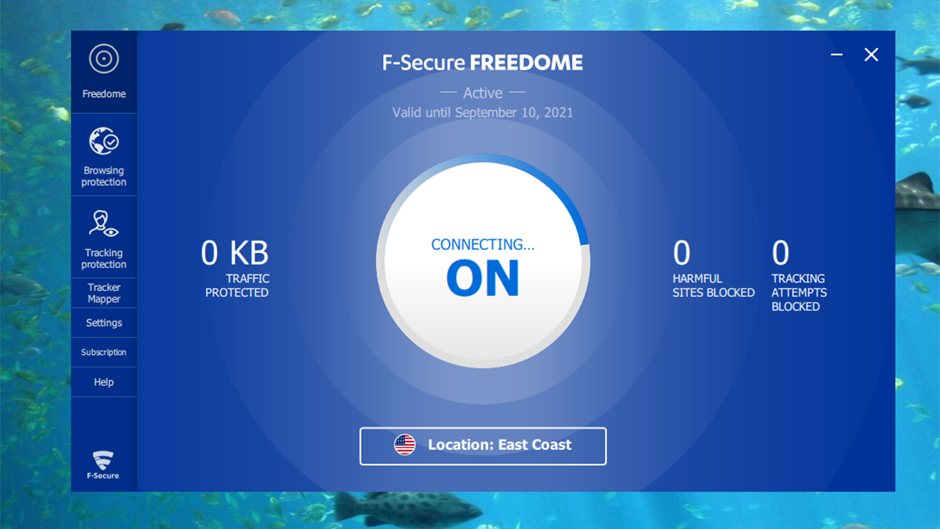 Users IP address is hidden by Freedome by shifting it to another place. Online banking, tax filing, e-commerce, browsing, and streaming are all secured by this program. Users can also access geo-restricted content with it.

Read Also >>  Everything About The Technical Hub “Getassist.Net”

VPN services are essential for several reasons. Users might wish to use a VPN application to get around geo-restrictions, access the web safely, or for any other reason. If you want a simple way to browse the internet anonymously and don’t require something serious that matches solid standalone VPN services, browsers with built-in VPN services can be useful.