Skip to content
HomeReviewsWhy Is Dan Bilzerian So Popular?

Dan Bilzerian, whom we know as the Instagram King with more that 32M followers, has an interesting real life-style. When we dive into his real life, we get to know some fascinating facts about him. Seeing his Instagram posts depicting his super-lavish lifestyle, it is natural for you to be curious to know more about him. This article helps to show all the interesting things about him. 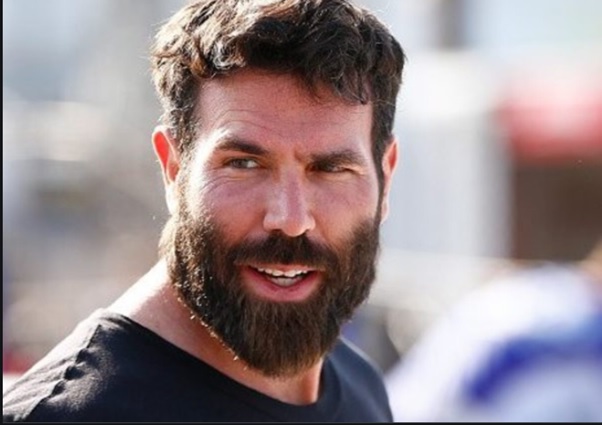 Dan Bilzerian was born in the year 1980 on 7th December to Paul Bilzerian and Terri Steffen in Tampa Bay. His father was a corporate takeover specialist on Wall Street who provided trust funds to both of his sons. His brother Adam Bilzerian introduced him to poker. Dan has been to several schools but has been a drop-out from everywhere. As per the last update, he enrolled at the University of Florida to pursue majors in business and criminology.

How did he make his Debut in the world of poker?

It was 2009 when Dan Bilzerian made his debut in the world of poker by playing in a World Series Poker Event in which he finished in 180th place. It has changed the life-style of Dan! From there on, Dan got skilled at Poker. Though, there are claims of him winning millions and even tens of millions, but in private events. Dan’s official career winnings at sanctioned events are relatively very small.

In 2013, a looped video of 5 seconds turned Dan Bilzerian into an icon! Whole credit goes to the live coverage of the 2013 World Series of Poker which took place in Las Vegas.

The video features a player seated on a felt table, betting on a hand with $7 million in the pot. Well, that’s what one can perceive upon watching the video for the first time. But, when you watch it repeatedly, you can see a Tom Cruise-ish figure on the screen. This event made people witness his luxuries and out-standing lifestyle.

What are Dan’s Major Sources of Earning?

Most evidently, Poker seems to be the major earning source of Dan Bilzerian and that is what he claims but it’s not the whole story. In addition to this, Bilzerian also happens to be the CEO of Ignite International Brands Ltd. This company deals in electronic cigarettes, water bottles, CBD oils, vodka, and many other products. It is a public company headquartered at Toronto, Canada.

Dan Bilzerian’s lifestyle is all about glamour, money, luxuries, fun, models, and weapons. He clearly boasts about it on social media. Pictures showing his extravagant, unusual and extraordinary life have made people crazy about him. He is one of the most popular faces on Instagram and Twitter, where he keeps his fans posted about his latest updates.

Just like other big celebrities, Dan Bilzerian’s main residence is at Hollywood Hills, where he owns a multi-million mansion that has a superb view over the city, poker tables, the big pool and a large garage to park big cars.

He also owns an apartment in the Panorama Towers of Los Angeles which is just reserved for the rich elites. Then there is another estate in La Jolla, San Diego which is nothing short of gorgeous.

Read Also >>  How to use a Battery Powered Cordless Leaf Blower

He has a huge collection of heavy and expensive stuff from firearms, to cars and private jets. He owns a Lamborghini Aventador, an amazing chrome plated 1965 ShelbyCobra, Brabus G63 truck worth $760,000, Polaris RZR 900, Bently and a Gulfstream IV private jet!

Along with these awe-striking facts, there is also a dark side of life. He has suffered with heart-stroke twice even before crossing the age of 30. Intake of wine, drugs and alcohol beyond limits bought landed him at this stage. In addition to this, he has faced many legal issues in his life and even got arrested a couple of times.

These are the brief facts about Dan Bilzerian’s lifestyle and what makes him so popular.

Do you wish to have a life-style like his?